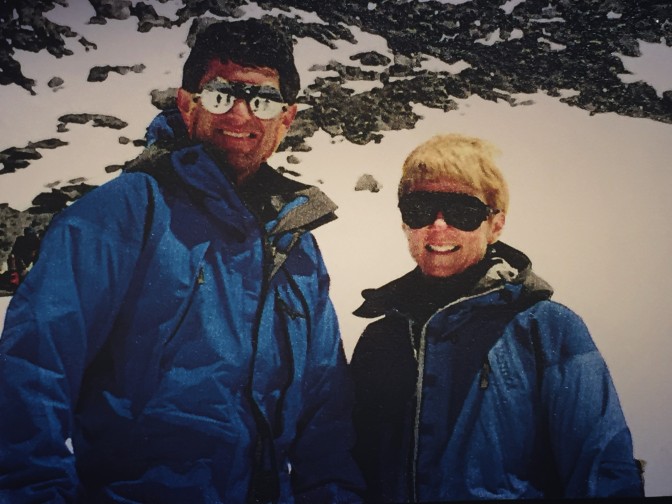 It was both our dreams to get married in some awesome place like this.  The day was incredibly beautiful.  We had a couple friends as witnesses and a snowboarding priest perform the ceremony for us.  It was quite a story getting here which comes next.

Many people ask us how we met.  Yes, the theme was the outdoors but our introduction took place on the Bainbridge Ferry.  Paul and Mary introduced us.  We just happened to all be Mountaineer members (The Mountaineers Club).  I had become a trip leader and instructor.  The next thing we know, Elaine is my assistant instructor at a snowshoe course field trip.  We had time to learn about each other and our passion for the outdoors.

A special event was the  at the Peninsula Wilderness Club in Bremerton.   We ended up sitting together again.  The feature presentation was an account of hiking the Pacific Crest Trail with some incredible photography.  We were so impressed we both said it would be something we’d like to do some time.

From that time, we started to see each other more frequently.  We also both were ski patrollers for the Mount Tahoma Trail Association.  This mostly entails being hosts at backcountry huts and cabins.  There’s even a yurt that’s part of the system.

After deciding to live together and making a commitment to marry, we tried to figure out who would marry us at Camp Muir.  While spending a weekend being hosts at High Hut,  we talked about our intention with some friends that were there.  One of them said they knew of a Bainbridge Island priest that would probably get up to Camp Muir to help us out.

We were introduced to Bill Harper, and Episcopal Priest from Bainbridge at a fundraiser presented by Ed Viesturs, a world famous mountaineer.  We came to an agreement about how our wedding would go, and committed to the date, July 6, 2002.

The day came and it was just about as perfect as we could want.  Little chance of precip, broken clouds, and moderate temperatures.  Here is how it turned out:  July 6, 2002 Weather

Here are some pictures of our very special day. 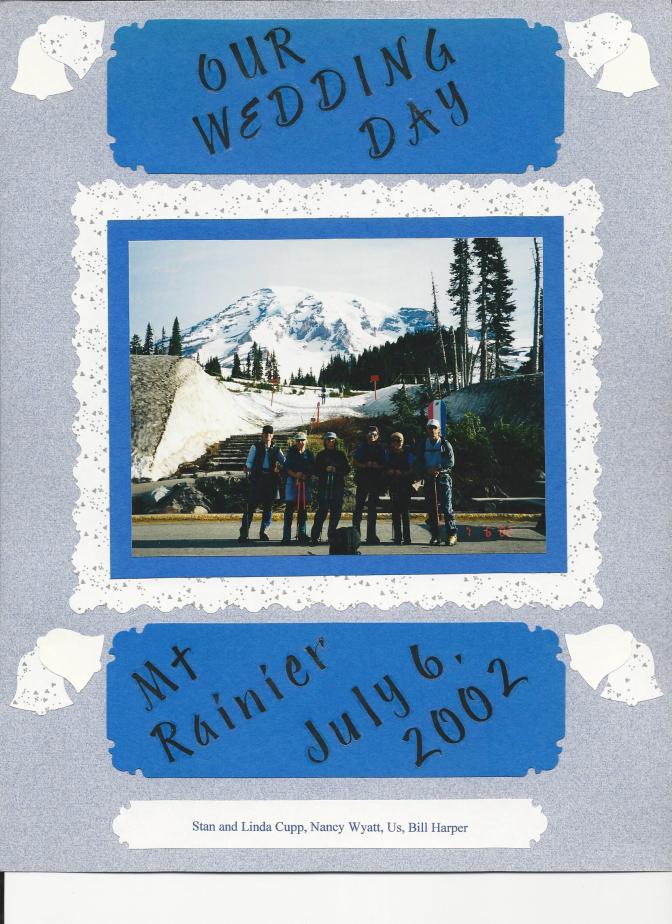 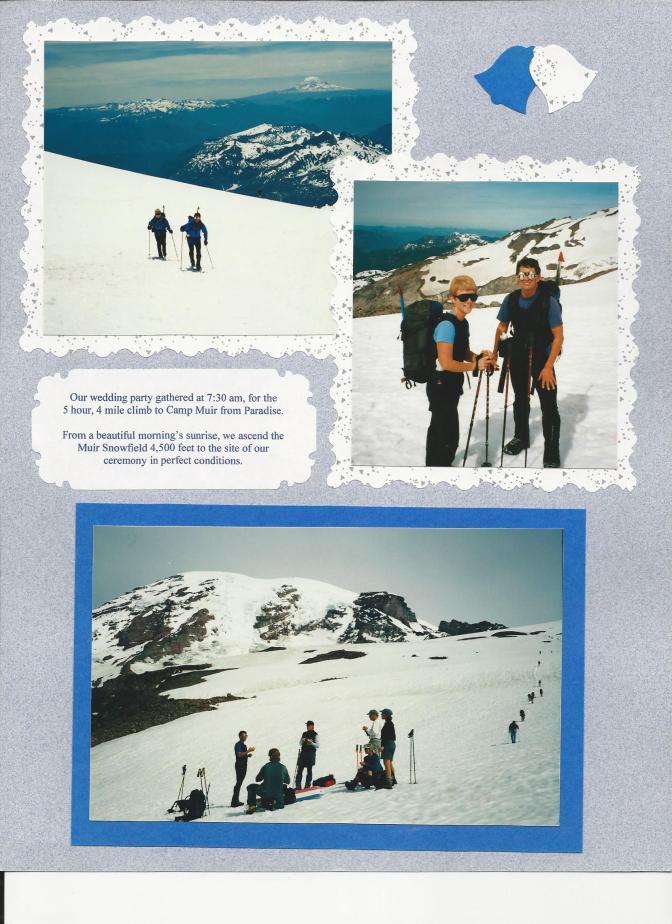 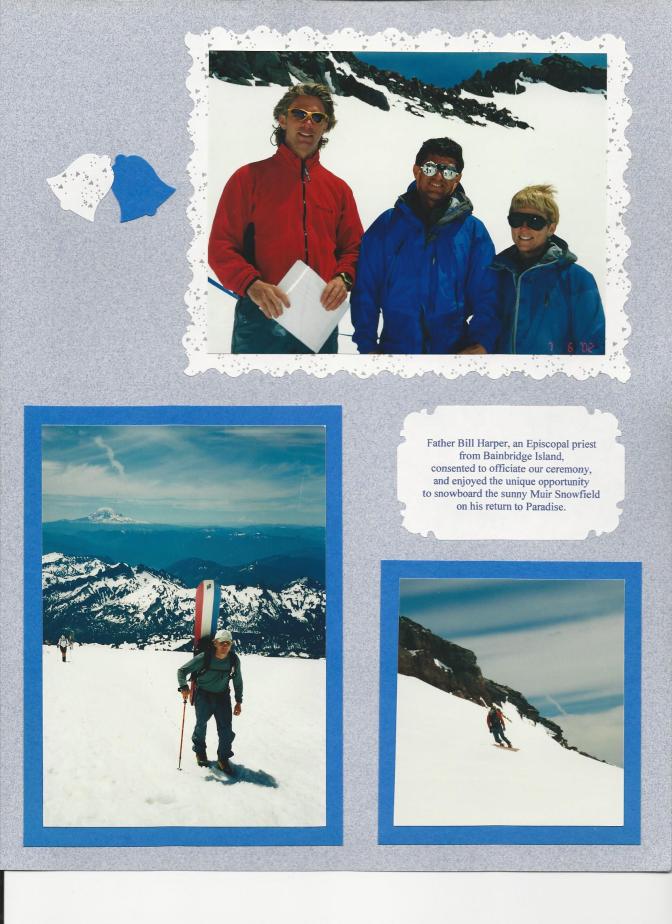 After our wedding, we spent our wedding night in Paradise – literally!  We stayed in the Paradise Inn in Mt Rainier National Park.  We enjoyed a fabulous dinner as well as our private party afterwards.

We spent our honeymoon on the Big Island in Hawaii backpacking Volcanoes National Park.  We followed that with highpointing Mauna Kea, snorkeling, boogie boarding, dancing on the beach, and drinking a cocktail out of a coconut.

This was just the beginning of a life together of adventure and fun!